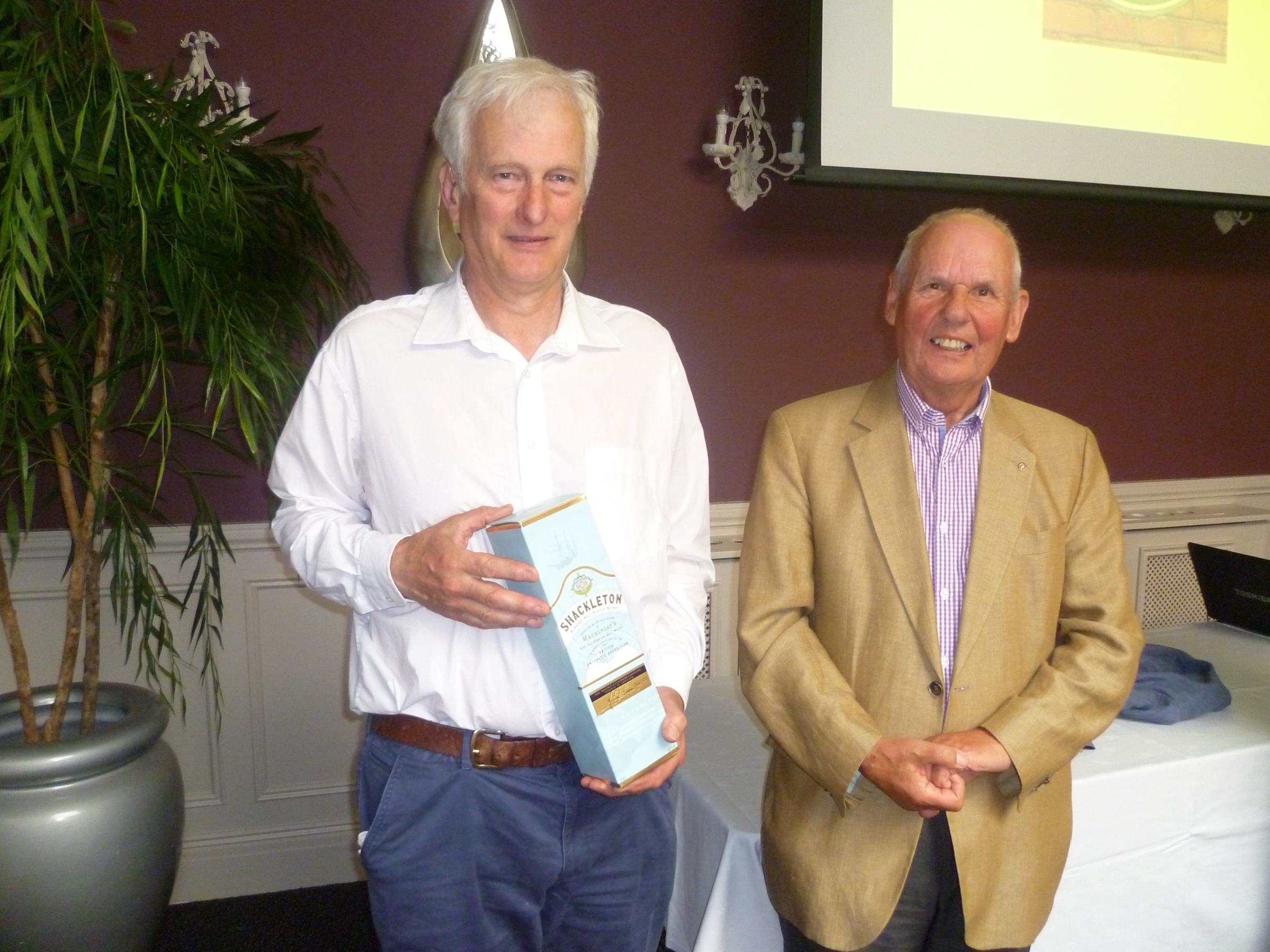 Sir Ernest Shakelton was inspired by poetry and used it many times to motivate his fellow Antarctic explorers.  Rotary Club Drogheda was thrilled to hear these personal details and many more from Jonathan Shakelton, a cousin of Sir Ernest.

Jonathan Shakelton made a captivating after lunch talk to Drogheda Rotary Club last Monday.  Over 40 diners enjoyed the lunch and the delightful, informative and amusing presentation.

Although there was a little bit of technical difficulties to be overcome regarding the synchronising of equipment the presentation on the the history of Antarctic exploration went without a hitch.  This, of course, was in contrast to Ernest Shakelton’s third Antarctic expedition in 1914 which was both a failure and a triumph.  Although the Imperial Trans-Antarctic Expedition failed in its objective to cross the Antarctic Continent. Their ship was crushed in pack ice.  How the crew survived the Antarctic winter on the ice and the subsequent survival of the crew in gruelling conditions was a triumph of endurance and human spirit.  It is remembered as Shackleton’s most famous exploit.

Although it was a mild and wet 14c in Drogheda on Monday, we were advised by Jonathan that it was -40c in the Antarctic and was heading south to -50c the following day.

Jonathan has been many times to the 7th Continent and has lead numerous trips.  He regaled the audience with own perspective of the most inhospitable environment on the planet.  Also, he interspersed the talk with anecdotes about some very famous people from the entertainment industry whom he has accompanied.

Drogheda Past President, Charlie Allen, presented Jonathan with a bottle of Mackinlay’s Shackleton Blended Malt.  This whisky is inspired by the whisky left behind in Antarctica by Sir Ernest Shackleton in the early 1900s and discovered frozen but intact over 100 years later.  The blended malt continues in the footsteps Shakelton. It is created once again and based on the flavour profile of Shackleton’s favourite tipple.