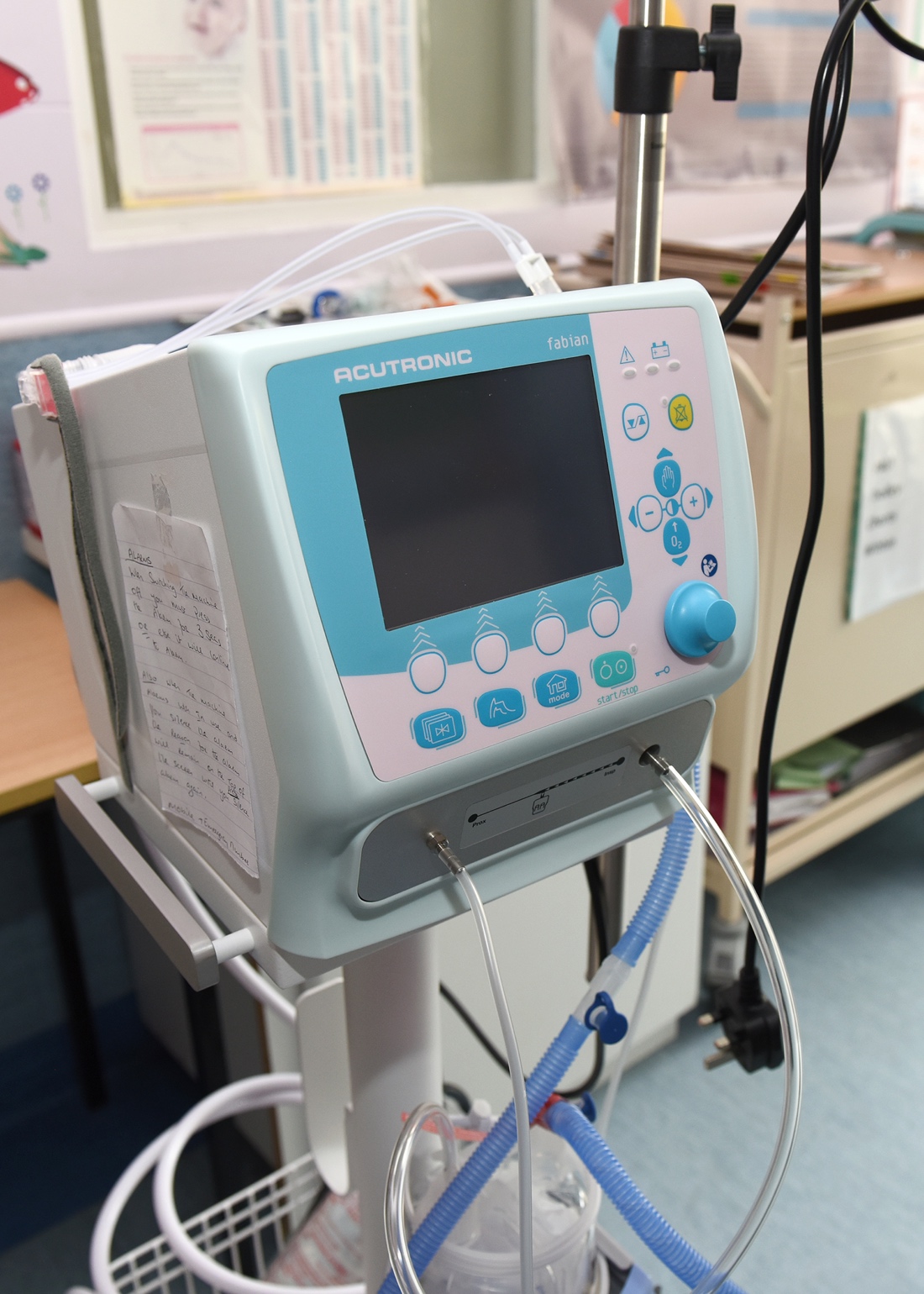 A new Fabian Therapy Continuous Positive Airways Pressure (nCPAP) machine has arrived onto the Children’s Ward of Our Lady of Lourdes Hospital thanks to the Drogheda Rotary Club. The Rotary Club donated over €11,000 for the purchase of the essential piece of equipment which is used to help the breathing of acutely ill babies.

This new machine allows for safe and smooth respiratory support for neonates and paediatrics up to 30 kg. and it has many features and improvements on older models.  It is  easy to use, and is particularly silent as noise can upset the babies.  Also the Fabian nCPAP is mobile, upgradable and has flexible communication interfaces.  These features are at the cutting edge of technology for treating acutely ill children.

END_OF_DOCUMENT_TOKEN_TO_BE_REPLACED

Robert Taylor Inaugurated as President for 2019/20

Local solicitor Robert Taylor was initiated as president of Drogheda Rotary Club by Karl Allen the outgoing president at the Club’s weekly Monday lunch in the Westcourt Hotel.

Robert is maintaining the family traditions of the Taylor family.  His father Brian Taylor and his grandfather Robert (Bertie) Taylor both gave outstanding service to the people of Drogheda as members and presidents of the Drogheda Rotary Club.  Brian Taylor was president of the Club in 1974 and Bertie Taylor was president in 1968.  Also, Robert has followed his antecedents into the family law practice.

END_OF_DOCUMENT_TOKEN_TO_BE_REPLACED

Sir Ernest Shakelton was inspired by poetry and used it many times to motivate his fellow Antarctic explorers.  Rotary Club Drogheda was thrilled to hear these personal details and many more from Jonathan Shakelton, a cousin of Sir Ernest.

Jonathan Shakelton made a captivating after lunch talk to Drogheda Rotary Club last Monday.  Over 40 diners enjoyed the lunch and the delightful, informative and amusing presentation.

Although there was a little bit of technical difficulties to be overcome regarding the synchronising of equipment the presentation on the the history of Antarctic exploration went without a hitch.  This, of course, was in contrast to Ernest Shakelton’s third Antarctic expedition in 1914 which was both a failure and a triumph.  Although the Imperial Trans-Antarctic Expedition failed in its objective to cross the Antarctic Continent. Their ship was crushed in pack ice.  How the crew survived the Antarctic winter on the ice and the subsequent survival of the crew in gruelling conditions was a triumph of endurance and human spirit.  It is remembered as Shackleton’s most famous exploit.

Although it was a mild and wet 14c in Drogheda on Monday, we were advised by Jonathan that it was -40c in the Antarctic and was heading south to -50c the following day.

Jonathan has been many times to the 7th Continent and has lead numerous trips.  He regaled the audience with own perspective of the most inhospitable environment on the planet.  Also, he interspersed the talk with anecdotes about some very famous people from the entertainment industry whom he has accompanied.

Drogheda Past President, Charlie Allen, presented Jonathan with a bottle of Mackinlay’s Shackleton Blended Malt.  This whisky is inspired by the whisky left behind in Antarctica by Sir Ernest Shackleton in the early 1900s and discovered frozen but intact over 100 years later.  The blended malt continues in the footsteps Shakelton. It is created once again and based on the flavour profile of Shackleton’s favourite tipple.

Jonathan Shakelton author and historian will speak at the Monday lunch of Rotary Club Drogheda on 20th May 2019 at 12:45.   This promises to be an exceptional occasion and Drogheda Rotary Club is delighted to be hosting the event.   Jonathan will speak after the lunch and promises to deliver a interesting, memorable and enticing insight into modern and historic exploration of the the 7th continent.

The function is a social fundraising event for Drogheda Rotary Club.  The cost of the lunch is €25.  Contact Julian Grant at email julian.grant@tvgrant.com for a reservation before noon on Friday 17th May 2019.

Jonathan Shackleton is cousin of the Irish Kildare-born Antarctic explorer, Sir Ernest Shackleton. He is the family historian for the Irish Shackletons whose ancestor founded a Quaker school in Ballitore, County Kildare, in 1726. Jonathan is a graduate of Trinity College, Dublin, in Natural Sciences and was awarded his Masters Degree from Ohio State University for work in Arctic Alaska. 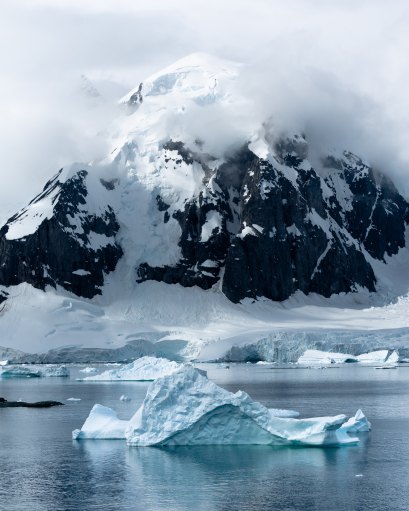 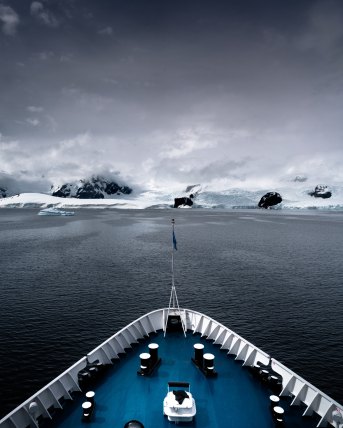 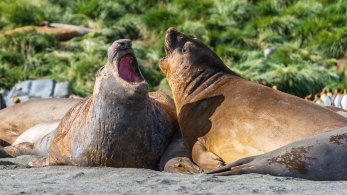 END_OF_DOCUMENT_TOKEN_TO_BE_REPLACED

Drogheda Rotary Golf Classic 2019 tees off on Friday, 14th June  2019, at the internationally renowned championship County Louth Golf Club  at 11:00.  This is the 25th anniversary of the event.

In the last eight years 44 different local charities have benefited to the tune of €134,944 from Drogheda Rotary Club.

Local charities that support a range of good causes including the elderly, mental health, intellectual disabilities, substance abuse and children have all benefited in a substantial way from the Drogheda Rotary Club.

Drogheda Rotary Club have been providing the Meals On Wheels service in Drogheda for 48 years.  The Golf Classic is a significant contributor to the financing of this service to the elderly and infirm in Drogheda.

This year Drogheda Rotary Club are partnering with Childhood Cancer Foundation. We plan to fund a new haematology/oncology treatment room for children attending daily at the Paediatric Unit in the Lourdes Hospital Drogheda for their cancer related care.

END_OF_DOCUMENT_TOKEN_TO_BE_REPLACED

Posted on February 25, 2019 by Michael McCormick

For 48 years the Rotary Club of Drogheda has been providing meals for the elderly and incapacitated  around Drogheda.  Rotarians, volunteer drivers, clerks and cooks all pull together to make this a tremendous good news story.  It takes a huge effort from everyone involved to achieve such a resounding success.

Karl Allen president of Drogheda Rotary Club said, “ Rotary in Drogheda is very proud of this service to the town.  We continue to follow our motto of “Service over Self”.”

END_OF_DOCUMENT_TOKEN_TO_BE_REPLACED

Posted on February 18, 2019 by Michael McCormick 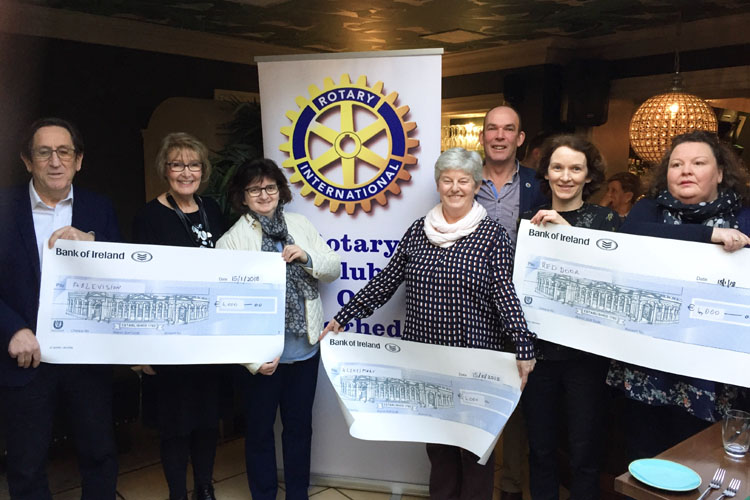 Drogheda Rotary Club raised €14000 for local charities with this years Memorial Tree initiative.   The Memorial Tree fundraising event has been running in Drogheda for the last 12 years and has distributed over €150,000 to good causes in Drogheda.

This year was a great success.  Collecting in West Street, The Laurence Centre and Tesco Donore Road over 5 days before Christmas this year €14000 was collected.

Organising this fundraiser is a big undertaking.  The three collection locations have to be manned over five days.  Drogheda Rotary Club members all participate in the collection.   Paddy Prendergast coordinates all the logistics that go into making this the enormous success it has become.

END_OF_DOCUMENT_TOKEN_TO_BE_REPLACED

Posted on February 12, 2019 by Michael McCormick 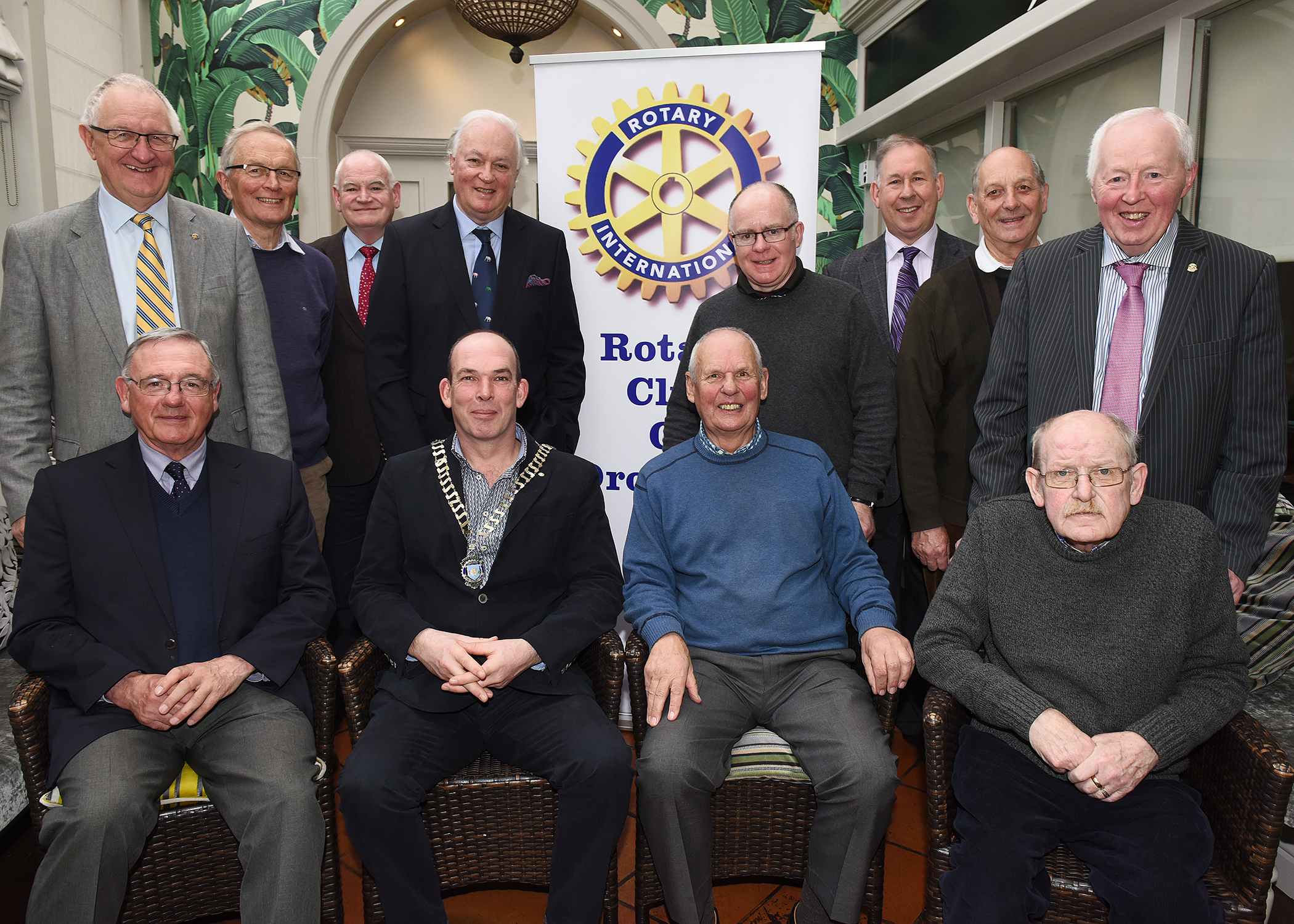 Drogheda Rotary Club has been serving the people of Drogheda for 73 years.  Karl Allen currently holds the office of president and is a granson of founder member WK Allen.

The club meets every Monday at 1pm in the Westcourt Hotel where the business of the week is discussed over  a lunch meeting.  Currently there are 3O members in the club

We invite you to read our posts  and hope that it will provide you with an understanding of what we do as a Rotary Club.

Almost every week we welcome guests to our meeting and we are always delighted to meet new Rotarians (and their family and other guests) and to make new friends.

So if you are in the Westcourt Hotel, West Street at 1pm on a Monday, do join us for lunch and I can assure you of good fellowship and a really warm Irish welcome.

Join The Rotary club of Drogheda which is part of Rotary International which has more than 1.2 million members in 32,000 clubs worldwide. 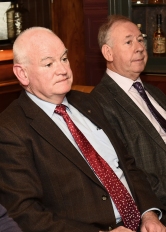 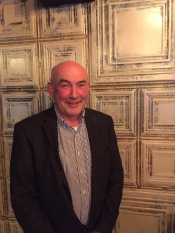 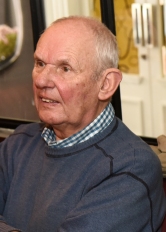 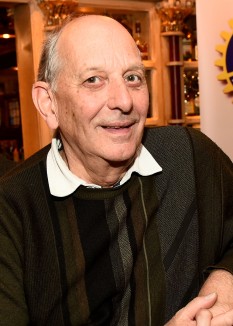 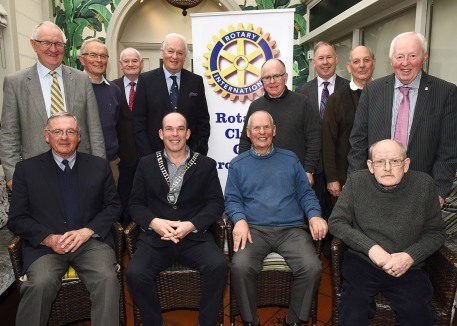 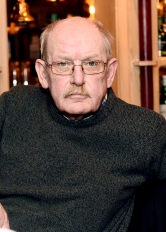 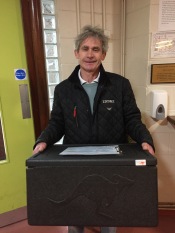 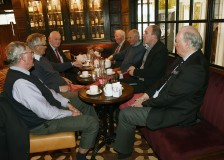 Posted on February 12, 2019 by Michael McCormick 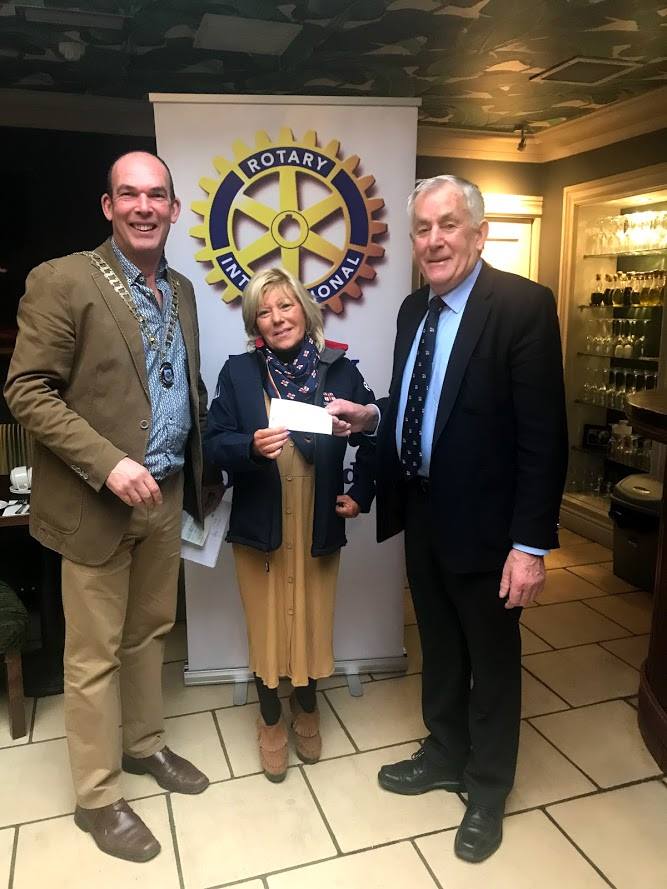 Remember the beautiful summer we had in 2018.  It was extraordinary.  The parched lawns and wonderful alfresco dining we all enjoyed. The fine weather helped with the turn out for Rotary Club Drogheda’s Golf classic.  It was a tremendous success and in the Co. Louth Golf Club and the proceeds were allocated to the different charities in December 2018. 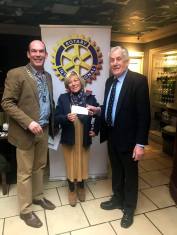