Harris’ desire for camaraderie among business associates brought together these four men and eventually led to an international organization of service and fellowship.

Each of the first four Rotarians, and Harry L. Ruggles, who is often called the “fifth Rotarian,” brought different professional perspectives to the organization.

Rotary’s founder, Harris, was born in Racine, Wisconsin, USA, on 19 April 1868. He was raised by his paternal grandparents in Vermont and attended the University of Vermont, Princeton, and the University of Iowa. Harris, a lawyer, was Rotary president from 1910 to 1912 and a member of the Rotary Club of Chicago until his death on 27 January 1947.

Loehr, a mining engineer, was born on 18 October 1864 in Carlinville, Illinois, USA. He was a Rotarian for only a few years, never holding office at the club or international level. But that first Rotary meeting was held in his office, Room 711 of the Unity Building in downtown Chicago. He died in Chicago on 23 May 1918.

Shorey, a merchant tailor,  served as recording secretary during the club’s first year. He was a Rotarian for only a few years, too. He was born in Maine, USA, in August 1862 and died in March 1944.

Schiele, a coal dealer, served as the Chicago club’s first president in 1905 and Rotary International’s treasurer from July to December 1945. Born in Terre Haute, Indiana, USA, in June 1870, Schiele attended Terre Haute Business College and served in the U.S. Army during the Spanish-American War. He was president of the Schiele Coal Company from 1902 until his retirement in 1939. He and Harris became lifelong friends and lived near each other on the South Side of Chicago. Schiele died on 17 December 1945 and is buried near Harris at Mount Hope Cemetery.

Originally from Michigan, Ruggles was a graduate of Northwestern University in Evanston, Illinois, and joined Rotary at its second meeting. He was treasurer of the Chicago club during its first year, club president from 1908 to 1910, and a Rotary director from 1912 to 1913. He is known for having introduced singing to Rotary club meetings. His printing company, H.L. Ruggles & Co., printed the first issue of The National Rotarian and the first Rotary songbook. He died on 23 October 1959, an honorary member of seven clubs in addition to his home club, the Rotary Club of Chicago. 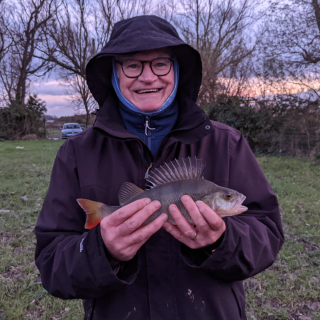